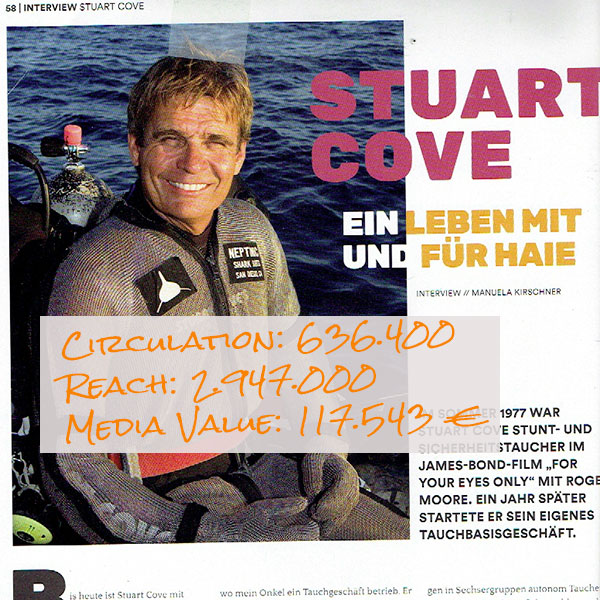 Stuart Cove is a legend. And he dedicated his life to the protection of the sharks of the Bahamas. If that not already makes him a well sought after interview partner for the media, he also assisted Hollywood legends such as Roger Moore and Kim Basinger in underwater film production and often enough staged the set for James Bond movies.

Still, such legends need to be managed, sometimes protected in their relation with media and especially when it comes to such controversary topics as shark protection, the messaging and the media output need to be carefully monitored and controlled.

In 2019, we were fortunate to not only be able to place Stuart Cove and his dive center in the Bahamas as interview partner or topic of interest with key print media such as „Die Welt“ or „Westfälische Nachrichten“ in Germany, we also assisted with a major TV documentary production of Frank Elstner and his series of „Elstners Reisen“ of SWR. Unfortunately, due to SWR being public, we are not allowed to reflect their reach and media value in the results.